Today I have invited Edmond Manning to stop by and give us a little taste of his upcoming new release, King John, part of The Lost and Founds series, which is one of my all-time favorites. If you haven’t read it, you should run to get King Perry now while you have time to catch up this week. You’re welcome. 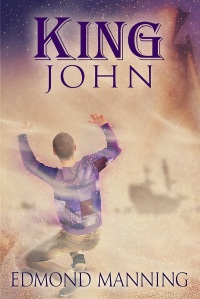 Vin Vanbly, the strange and unpredictable narrator of The Lost and Founds, meets the men he kings in some unusual ways. In the first book, King Perry, Vin randomly meets a handsome investment banker named Perry at an art gallery and invites him to participate in a King Weekend. Of course, Perry has no idea what those words mean. In the second book, King Mai, Vin and his “target,” Mai Kearns, have been corresponding on AOL and through email for several months. Vin shows up in Mai’s hometown and stalks him for a month before finally meeting him in person. In The Butterfly King, we learn that Vin discovered the author of a magazine article he enjoyed. After a snail-mail exchange of several months, Vin decided to king this powerful man from New York.

In King John, the fourth installment of The Lost and Founds, Vin and his weekend guest meet in a very unconventional manner. In fact, when they meet for the first time, they do not even exchange names.

The excerpt which follows introduces Vin and the Purple Sarong Man to each other as Vin strolls around the weird and wonderful annual desert event known as Burning Man. Vin is dressed in traditional Middle Eastern gear: a long robe and a long head dress.

It’s impossible to catalog the thousands of people, some naked, some close to that state, others body-painted with handprints on their thighs. This very second, I am passed by a constant parade of burners on bikes, beat-up bikes, tall bikes, and now, at this second, a man bicycles by, wearing a top hat and a wedding veil and camo shorts. A cloud of churned dust chases in his wake. No point chiding him. The hard crust in this ancient lake bed is dust-free until you step on it. With each footstep, every crunch, alkaline dust is manufactured. More than see the white dust, I feel it sting my cheeks.

A man at my side touches my elbow. I turn, half expecting to see Alan or Helena.

This man is fair, his hair mostly red-brown—more brown perhaps than I first perceived—and his face dusted lightly with freckles. Shirtless and wearing a purple sarong. Thirty, maybe? Thirty-three? He fits my definition of postathletic, someone who used to work out, maybe used to be chiseled but decided that’s simply not his style anymore. I hope he slathered his pale skin in sunscreen. Hopefully, he sunscreened the tops of his ears, which stick out a bit. Did he stop me for a reason? Did I drop my Popsicle stick?

He smiles, nervously, as if he must deliver bad news. “I waited until you finished your Popsicle.”

He smiles, broadly now. “It’s you. The king maker.”

I shake my head and smile. “No, friend, you’re thinking of someone else.”

How does he know me?

“No,” he says. “It’s definitely you. Your eyes flinched, a little. Almost imperceptibly, but I was watching for a tell. It’s you, mate. You’re the king maker.”

He’s English. English accent. Do I know any English guys from Burning Man?

I chuckle. “Sorry, friend. You mistake me. I am a simple Bedouin.”

He says, “Also, you didn’t ask me who or what a king maker was. You instantly denied it. Which means you already know what I mean when I say ‘king maker.’”

My heart beats faster. What does he want?

I turn away, careful not to appear too eager to leave. If I stride too hard, it will look like I wish to escape. If I give any sign of confirmation, he will chase me. Instead, I pleasantly meander, just another burner appreciating theme camps, lost in a crowd. Chill, Vin. But hurry. Get away from him. I hear a xylophone nearby, maybe three or four of them, a xylophone band. The music sounds like the letter x to me. I’d stop and listen, but I have to get away from this guy. He was cute, though. I like a guy with big ears.

I travel only one more block before I see the same shirtless man, in his purple sarong, standing in the makeshift street before me. How the fuck did he manage to get in front of me? I approach him slowly, and he watches my every step, anticipating my racing away. When I get close, he speaks.

“You’ll find the English are not easily dissuaded. I worked arse over elbows for two full burns searching for you. Finally gave it up this year.”

“English slang,” he says. “It is if an English person says it.”

He grins at me, happy and lopsided.

Is he crazy? Is he…unhinged? Something feels off-kilter about this situation. Something isn’t right.

Ah. That’s it. He’s not English. Everything swirling around him says “not from England.” Years spent analyzing split-second reactions means I know things almost immediately, and I often don’t know how I know it. I can’t articulate why I’m so sure, but he’s not English. So, why pretend?

I say, “Although no forests grow nearby, metaphorically, you’re barking up the wrong tree.”

“The king’s kiss, mate,” he says. “I witnessed what you did. As I passed those two fighting, I heard you cry out ‘nobody fucks with the Butterfly King.’ After two burns searching for you, I had become attuned, listening for any overheard conversations of kings. I know other Found Kings come here. The rumor is, they use Burning Man to gather and make plans in secret.”

My heart pounds. How the hell do I get out of this?

“You mistake me.” My resolve grows weaker.

He folds his arms before him. “Which begs a few questions, yeah? Why is it important to these Found Ones to gather in secret? What are they planning?”

I try to appear bored. “You lost me.”

It’s true. Some Found Kings come to Burning Man every year. Liam told me Perry’s coming this year, which terrifies me. I don’t know if I’m ready to see him, though three have years passed. Am I over him?

People navigate around us, and as it’s clear he’s not letting me go, we move out of the main pathway. We are passed by pirates, nymphs, and four men in tutus. A man wearing a Batman cloak and bat headgear strides past us without pants or underwear. Ah, shirt cocking. Kinda weird, but it’s all good. Radical acceptance.

He says, “Three years ago right here, I met Liam, the Dolphin King, late one night around a fire drum. He revealed to me, and a few others, his extraordinary tale—his forty hours spent with a garage mechanic who promised to reveal his true kingship.”

“You kinged Liam. Right here at Burning Man. All of us standing around the fire drum could somehow sense the truth of it, though none of us knew what a kinging was. The longer into the night he spoke, the more Liam transformed, like some half god revealing himself. He finished his tale as the sun rose, so we all held hands to greet the dawn. I can’t tell you how this night impacted me.”

“Yes.” He doesn’t hesitate in his reply. “But I wasn’t hallucinating. I know what I saw.”

I’m not sure what to say.

“Please, mate,” he says. “I spent the next two years searching for you, yeah? No leads. As a bit of a last resort, I found Liam’s restaurant in San Francisco. He refused to put me in touch. He told me, ‘that’s not how it works.’ Said hunting for you disrespected the organics. I said, bollocks, and once again, I searched at the next burn. No results. This year, I decided to enjoy myself. Forget about finding the king maker. Then, I happen to stroll by as you’re yelling a king story and teaching two people the king’s kiss. How is that possible?” He takes a step closer. His eyes are earnest. “Please don’t tell me I’m wrong, or it’s not you. For two burns, I searched. Please be honest with me.”

Something feels off in what he told me. On the other hand, he’s not wrong. Lying to him is not the right move. I must respect his journey.

Though I fear I know what he will want from me, I must let it happen. “Okay. You found me. What do you want?”

Standing close, I see his eyes fill with tears. “Would you—would you king me?”

Damn it. I knew he would ask.

Edmond Manning is the author of the romance series, The Lost and Founds. The books in this series include King Perry, King Mai (a 2014 Lambda Literary finalist), The Butterfly King, and King John. King John takes place at Burning Man.

Giveaway: FOR 24 HOURS ONLY, one lucky commenter will have the chance to win an ebook copy of King John. Don’t miss your chance to win this remarkable book! Leave a comment telling us what you think Edmond Manning’s King name would be, and you’ll be entered to win! Then, on September 10th, when the book is released, you’ll have a shiny new ebook waiting for you. Easy peasy. 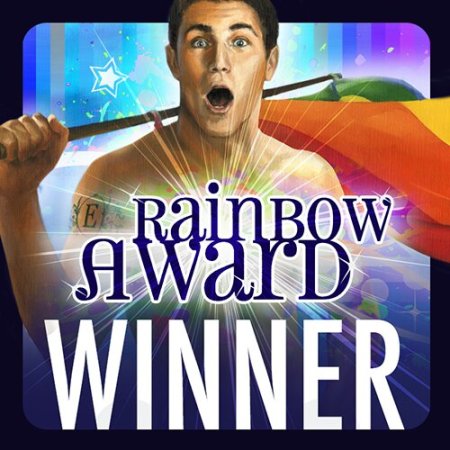 The Long Fall of Night

The Anatomy of Perception